Bryant’s Derby Days fundraiser, benefiting the Huntsman Cancer Institute (HCI), raised more than $53,000 over six days in April. Organized by the University’s chapter of the Sigma Chi fraternity, the fundraiser brought together more than 200 Bryant students, including other fraternities and sororities, the school’s Division I athletes, and a range of campus organizations, in support of a great cause.

“Everyone has been impacted by cancer in some way, shape, or form,” notes Will Tondo ’19, Director of Bryant’s 2019 Derby Days efforts. “We wanted to unite a network of people with a similar goal – eradicating cancer, one dollar at a time.”

"We’re a small community with a big heart."

Established in 1995 by businessman and philanthropist Jon M. Huntsman Sr., who was a Sigma Chi brother at the Wharton School of the University of Pennsylvania, the Huntsman Cancer Institute is known as one of the world’s best cancer hospitals and a world-wide leader in studying and treating cancer at the molecular level. The annual Derby Days unite Sigma Chi chapters around the country in support of the Institute’s efforts, and the fraternity has raised $6 million in support of HCI since 2005.

For the past nine months, members of Bryant’s chapter of Sigma Chi worked diligently to engage the campus in support of raising awareness as well as funds, garnering more than 20 sponsors and community partners throughout Massachusetts, Rhode Island, Connecticut, and New York. Their efforts culminated in a six-day drive marked by friendly competition between fundraising groups and donations from nearly every corner of campus. The funds raised will go toward initiating a clinical research trial.

“We’re proud to have exponentially increased our community presence,” says the event’s Chief of Staff Jake Zimmer ’19. “We hope that our efforts will lead to continued growth in support of this great cause.”

Bryant University, Tondo notes, was the smallest school in the country to raise more than $50,000 in support of the fundraiser. “We’re a small community with a big heart,” he says. “I am so thankful for all of our supporters who gave so generously.”

Students Community As part of Bryant's annual Derby Days event, teams compete against each other in friendly games while raising money for the Huntsman Cancer Institute. This year's winning team raised around $6,000. Off 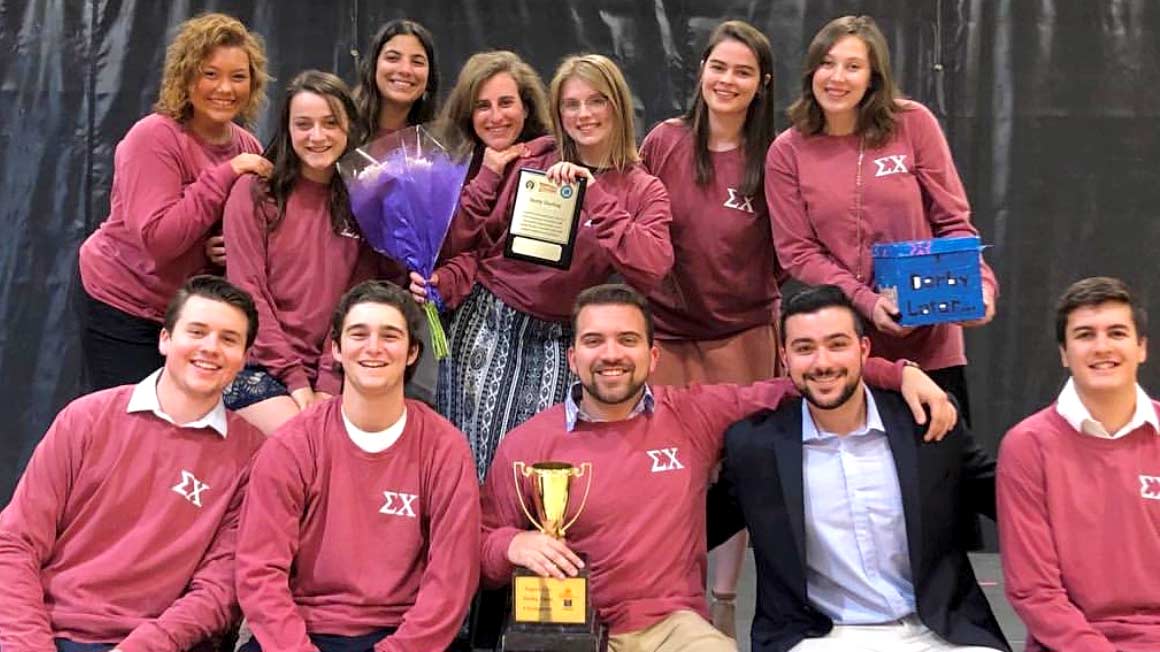